As a junior quantity surveyor, Ms Manueli’s role requires her to acquire and manage all costs relating to civil and engineering projects from initial take-off, and calculations for tender, to the process of purchasing for the project and after award adhering to budgets and maintaining quality. Ms Manueli assists a senior quantity surveyor with the Nanuku Villas Project, based from the Suva head office in Lami. At the young age of 25 years, she is respected among her colleagues. She has a quiet demeanour but sometimes cracks a joke in the open type office space she shares with her team of quantity surveyors.  The QS Department is made up of eight males based in the head office in Lami with four others based out on different project sites. Her admiration for building structures led to her venture into the field. Initially, she enrolled to study architecture at the Fiji National University but felt there were too many students in that class. She then changed her major and became one of two female students among 10 males studying to become quantity surveyors. “This is my first job. I have been a QS now for three years.

I first began with the tender team doing take offs and chasing prices from suppliers, learning the ropes from the ground up. Last year, once contracted by Nanuku Auberge Resort, I began working under a senior QS and our commercial manager. “It is a great field to be in, I get to experience a great building project from start to finish and look forward to seeing the 13 luxury villas at Nanuku completed. “I want to encourage young women coming out of high school to pursue this field of study as there is always guaranteed employment out there due to the construction boom in Fiji.”

Ms Waqairadovu, also 25, was born and raised in Suva.  As OHS officer based at the Nanuku Luxury Villa’s Project, her role is to ensure the health and safety of 100 construction workers and management on site. This translates into ensuring compliance with OH&S standards and company procedures. Ms Waqairadovu is a tough woman, vocal and straightforward. She works well with the project crew, well respected and to some extent even feared. She adds: “Being tough and straightforward is the only way for me to effectively carry out my job. I was raised with four brothers which makes it easy for me to jel in and work with our construction crew”.

After a year of having a child and in the middle of studying law and social work at the University of the South Pacific, she decided to look for a course that will not take several years and more importantly would get her quickly into employment. She then opted to acquire a Trade Diploma in Occupational Health & Safety at the Fiji National University. She joined PBS as an attaché for practical experience and went on to securing her role at the Nanuku Site Project. “I want to encourage young women who are considering studying occupational health and safety. “The job demand in this field is high and the pay is good and my days are unpredictable and exciting”.

Ms Coqabula, 28, joined PBS as a painter in July. Ana is the second female worker on the PBS workshop floor joining Arieta Bilibili, a seasoned joiner with PBS for the past five years. She completed her vocational training in painting and decorating with the Australia-Pacific Technical College in 2010. Her experience spans from competing overseas on her trade as a painter and decorator to joining the Grand Pacific Hotel project and also several community projects including the Defense Club and Suva Market Police Post. Ms Coqabula’s story of pursuing this career began immediately after she left high school when she joined a female cousin who was a painter working on the Cakobau Apartments in Suva.  After several months of doing this, she acquired her Certificate III in Painting & Decorating from APTC. “I want to encourage young women to learn a trade and acquire some qualifications even if it’s in a male dominated field. “The courses don’t take too long and employment is pretty much guaranteed as there is such a high demand.”

Ms Samanunu, 45, is based with our projects in the Western Division, working on the FNPF owned Nadi Retail Development. Ms Samanunu’s experience spans across several key national projects which includes the Modernisation of Nadi’s International Airport under the Hawkins Pacific Building Solutions Joint Venture.  Ms Samanunu can at times be the only female among about 300 odd male construction workers. “Although there are daily challenges, I get a lot of respect from the guys and that makes me feel safe and happy to be a part of this industry,” Ms Samanunu said. 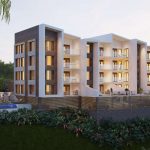 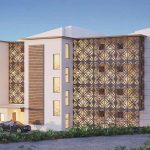