Why Chinese Builders Use Chinese

A China-based public think tank says there are valid reasons for Chinese companies hiring Chinese nationals while undertaking infrastructure and development projects in Pacific Island countries. One of these is ease of communication via a common language and another is the high skill level of Chinese workers, resulting in the quick completion of projects.This were the views of Xu Qinduo, a political analyst and senior fellow at the Pangoal Institution. He was reacting to concerns raised about the issue in Fiji and other Pacific Island Countries (PICs), in the sense that such projects were not creating jobs for locals.

Pacific Building Solutions Group Construction Manager Michael Fairfax, last Friday had commented on the Fiji Sun Online Facebook page that it was tough for local companies to sustain business with an influx of Chinese companies. He was referring to the $65 million contract signed by the China Railway First Group (CRFG), the official contractors for the new Fijian Holdings Limited (FHL) Tower in Gordon Street, Suva. Mr Fairfax said: “They don’t employ employ many if any locals, bring in materials and don’t contribute to FNPF. Even if PBS take out all our profit and overhead costs (breakeven), we can’t compete.

Pacific Building Solutions is a multi-discipline construction company based in Suva.  According to its website, it promotes itself as the largest construction company boasting a 3000m2 covered workshop and office space and more than 800 personnel. Mr Xu said, the concerns in Pacific Islands Countries had to be addressed. “That doesn’t mean it’s the right approach for Chinese companies investing overseas. China needs to do something to make sure there’s certain ratio of local workers,” he said. For a host country, Mr Xu said, it could set a rule or even laws to ensure there’s a process of localisation meaning, for example, that three years into the operation of certain projects, 85 per cent or 90 per cent of the employees must be local.

Loan offer concerns rebutted Mr Xu flayed concerns over loans offered by Beijing to developing countries under what it calls the Belt and Road Initiative (BRI). This was his reaction as international observers raised concerns over the loans under BRI, which are being termed as a “debt trap’. Mr Xu said, “there might be “debt” in BRI projects, there certainly was no trap. “With that being said, there’s a real issue of properly deal with the loans, the size of the loans, the time to pay back, the interest rate, and in particular, the ability to pay back the loans.”

Mr Xu said Chinese banks and companies sometimes conducted businesses based on their China experiences, but that might not work. “China is a large country capable of undertaking loans and has the resources to deal with the loans. But many other countries are much smaller than China and their capability to handle the debt cannot be overestimated,” he said. Misunderstanding about Sri Lankan port Mr Xu said it wasn’t true what Western media were reporting that China is now controlling the Hambantota Port in Sri Lanka He said the Sri Lanka government initiated the project and turned to China for investment after it was rejected by India and Japan.

The Chinese company undertook the construction of the port and then turned the port to the Sri Lanka government. But a few years into operation by the Sri Lankan side failed to see profits or enough profits to pay back the Chinese loans. “Sri Lanka then asked the Chinese side to undertake a larger stake in the project by investing more to better develop and operate the port. “The Chinese side thinks there’s a necessity to operate well to make money, otherwise there’ll be a debt problem.” Then they agreed to a plan in 2017 to take a 70 per cent stake of the port, including the operation right of the port for 99 years from a Sri Lankan company. Mr Xu added the Sri Lanka government sent its own troops to the port to dispel the rumour that it would be used as a Chinese military outpost. It also set the rule that any foreign military vessels need approval before making a port call at Hambantota.

Loan interest for countries along BRI Mr Xu said he was not familiar with the interest rate of the loans. Adding there’re different interest rates depending on the specific situations of an individual projects, for example, the amount of loan and the time given to repay. When asked what measures would China take if the countries along BRI default in their loan payment Mr Xu said it depends. “Sometimes, China agrees to postpone the payment. Sometimes, China will forgive the loan. Sometimes, I believe in the case of Venezuela, the two sides agreed to speed up the payment by exporting more oil to China.” 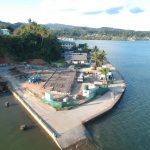 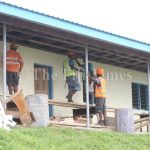