Fourteen months after the exit of severe Tropical Cyclone Winston, the sounds of laughter especially those of children again echoed and reverberated around the school grounds of Mavana District School this week.

The happy occasion was the foundation laying ceremony signifying the beginning of the reconstruction of a new set of classrooms for the school.

“With the reconstruction work now at hand, I could see light at the end of the tunnel,” echoed school manager Taniela Wakolo.

“Winston is now history. But what lay before us is a mystery. It is up to us to make use of our adversity and turn it around into reality.

“We are embarking on a new journey, a journey that we must embrace with vigour and dedication as we search for excellence in education. But we cannot achieve that unless we embrace the Tui Kubuca’s vision of investing in education. That’s a must if we are to ensure the sweat and tears of our forefathers and the generosity of the New Zealand taxpayers that funded this reconstruction programme is not in vein.”

Mr Wakolo reaffirmed the community’s gratitude and heartfelt thanks to the New Zealand government for the $10 million grant that would finance the school reconstruction work on Vanuabalavu.

It comes under the Fijian Government’s ongoing ‘Adopt a School Programme’ set up after Cyclone Winston.

It also builds on emergency help from the New Zealand military on Vanuabalavu after Winston.

Reconstruction of the new complex is being undertaken by Pacific Building Solutions, a Suva-based company contracted to rebuild five primary schools and one secondary school that bore the wrath of Winston when it wreaked havoc on Vanuabalavu in February, last year.

When Winston departed, the category five twister left a pile of debris strewn all over the school grounds. As dawn broke on that fateful February day, the school was without its entire classroom blocks, three teachers’ quarters and the kindergarten classroom, some of which the roofs have yet to be found.

As for the village itself; well that’s another story. Imagine, a sixty-year-old invalid laying on her bed in open space being the only remains of what was her timber and corrugated iron house after Winston passed. And when help does arrive, she could only apologise for not being able to run out in time to save herself.

The foundation laying ceremony itself was a moving occasion. Amid the sweet melodious singing of the church choir, the village Padre, Reverend Josefa Toga, sought divine blessings from above to be bestowed on the construction crew, students and teachers alike and the community at large.

Then came the grand finale as the manager of the construction company, Bruno Evangelista, the representative of the village Chief Kolinio Waqavonovono, Mr Wakolo himself and the Reverend Toga moved into place, pouring the first load of mixed concrete to cement the first post signifying the beginning of the rising phoenix.

According to Mr Evangelista, construction of new school blocks and teachers’ quarters are scheduled to be completed at the end of August.

At the moment classes for the Mavana Village students are being conducted at the village community hall.

Following the dedication and blessing ceremonies, the day turned into a celebration mood as carpenters, visitors and villagers alike were treated to a hefty morning tea and later on a delicious lunch of freshly caught fish, lobsters and other sea delicacies with various pork dishes.

Mavana District School has indeed come a long way considering that the first classes were held under a big ‘ivi’ tree in the year of our lord 1910.

About one hundred employees of Pacific Building Solutions have been in Vanuabalavu since January this year, to rebuild five primary schools and the only secondary school on the island.

The school rebuilding project, scheduled to be completed by November this year. 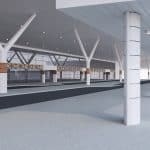 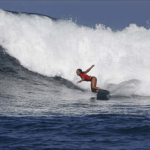