In over 14 months, the Tropical Cyclone Winston Repair & Reconstruction Project in Vanuabalavu in Lau has seen a total of 29 brand new buildings and 45 repaired has now been completed with assistance from the New Zealand government.

Pacific Building Solutions Community Relations Coordinator Atelaite Cama says Adi Maopa Secondary School, the only secondary school on the island now boasts one of the best structures in the entire Lau Group if not the country, with 10 classrooms and will also act as an Evacuation Centre in times of need.

Cama adds that other buildings that have been repaired and reconstructed include 5 classrooms and repaired kindergarten and teachers quarters for Daliconi Village School, 5 classroom buildings, 3 new teachers residences and 1 new kindergarten for Mavana District School repair works at Adi Maopa Primary School and a new Health building in the Lomaloma Hospital compound and repair works to the residences.

She says that all sites have buildings designed to withstand cyclones and to be used as evacuation centres adding that all of the new school buildings come complete with disability friendly ramps.

Cama also highlighted that the most significant reconstruction of the project has been at Delana Government Station in Mualevu where the new buildings include the Meteorological Service weather station, the Vanuabalavu Police Station, Department of Agriculture Office, Mualevu Health Centre Quarters and 3 structures for Water Authority of Fiji including a fuel and chemical shed facility.

She says the project has also assisted the local community pumping over $500,000 into the Vanuabalavu economy through creation of employment for locals and purchasing of local foods and services. 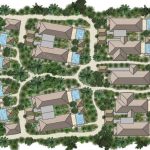