No chains can ever hold down a hardworking man, not even a stint in prison. Meet Joeli Vuli, a painter at Pacific Building Solutions.The 33-years-old, is originally of Mualevu Village, Vanuabalavu in Lau. After an unstable childhood moving from home to home and school to school, Joeli left school when he was in Form 5 at Sila Secondary School and returned to his home island in Vanuabalavu.  In 2009, he was able to get employment with the then Public Works Department on the island and remained with them for the next four years.

In 2013, Joeli assaulted a fellow islander during a drinking party and ended up being imprisoned at Korovou, Suva for a year. Upon being released, Joeli returned to Vanuabalavu to again toil the land.

How it all started:

In October, 2016, a combined team of representatives of the New Zealand High Commission and Pacific Building Solutions toured Vanuabalavu to carry out traditional presentations for the impending reconstruction work post Tropical Cyclone Winston. An on the ground campaign followed in December to recruit locals for a variety of work including unskilled labourers, carpenters, plumbers, housekeeping staff, cooks, kitchen hands and some other construction and camp related roles.

Joeli was one of the applicants for an unskilled labourer position and was soon recruited when PBS officially set up camp and began on the reconstruction work post TC Winston. He was then assigned to the painting team to learn the ropes. His supervisor and team leader Victor Christopher soon realised that Joeli was extremely good for someone who had never touched a paint brush and with that came a shy yet very teachable demeanour. During the one year of the project in Vanuabalavu, Victor nurtured Joeli’s painting skills through 29 brand new buildings and 45 repaired ones – a total of 74 buildings.

When the reconstruction project came to an end, Victor made a special request to have Joeli transferred to Suva which was approved. He then moved to PBS’s Nanuku Villa’s project. When asked of Joeli, what was he looking forward to, he replied: “I have applied to APTC to get an appropriate certification in painting. “A few weeks ago, I got the call that I was accepted and will start school this month”. He added: “I never dreamed that I would be where I am to- day and am thankful to PBS for believing in me and giving me another chance.” 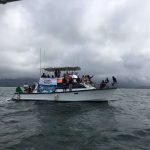 Fiji’s Top Surfers Battle It Out In SuvaNews 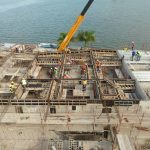