MAVANA District School manager Timoci Wakolo has only the best interests of the Mavana children at heart.

And as he observed the school being rebuilt after Severe Tropical Cyclone Winston, he said he was hopeful and optimistic of what the children of Mavana could achieve academically.

The school was one of the schools on Vanuabalavu in Lau being rebuilt, thanks to a $10 million aid project from New Zealand.

The New Zealand Government has engaged local contractors, Pacific Building Solutions, to design and build a new five-classroom block as well as three teachers quarters and an ablution block, all expected to be completed by November.

And as Mr Wakolo watches the buildings take shape, he hopes that they stand not only as a testament to his people’s resilience, but also serve to attract teacher’s to the school. Mr Wakolo said he understood the difficulty, with the telephone communication as well as the isolation and lack of facilities, often a deal-breaker for teachers starting out in the profession.

But he believed the classrooms and facilities being rebuilt by the New Zealand Government would address all the concerns of teachers who would be posted there. 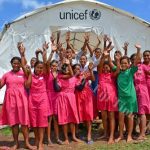 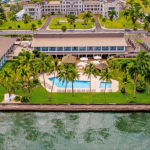