The 2009 Suva Business House Competition has completed the 5 week round robin competition with Pacific Building Solution finishing on top with Vodafone Fiji trailing close behind after pool play. PBS have been impressive form led by brothers Gary and AJ seeman have finished the round robin stages undefeated therefore automatic qualification into the semi-finals. Vodafone guided by National rep Adrian Bossely have secured the second spot for the other semi-finals by winning 4 games out five. The other four teams will play an elimination round to determine who qualifies for the two vacant semi final spot. In the first elimination round Westpac with the service of National mens rep Frank Saketa will be leading his chargers against a determined UNDP outfit. In the second elimination round ANZ lead by Michael Fong will play against the much improved army outfit. The winner from the elimination round which will be played on the Dec 1st at the Vodafone Arena will face tournament favourites PBS and Vodafone who are on bye for this week and the next. The grand final will be played on the 15th December, 2009 at the Vodafone Arena. For more information on the competition click on the “Draws & Results” link on the right hand side of the website. 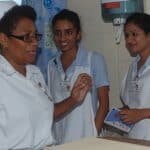