New Classrooms For 500 Students On Vanuabalavu, Part Of $10m Project

About 500 students on Va­nuabalavu, Lau, will be entering their newly-built classrooms when school starts on January 15.

This is part of the Northern Lau Rehabilitation Project. The con­struction is expected to be com­pleted next month and will provide more space and better school envi­ronment for the children of Vanua­balavu.

The $10 million project was fund­ed by the New Zealand government Aid Programme.

Pacific Building Solutions (PBS) won the tender for the reconstruc­tion work on Vanuabalavu from the New Zealand government in September 2016, following a rigor­ous tender process.

According to the PBS public rela­tions co-ordinator, Atelaite Cama, it was in January 2017 that an original team of 36 arrived on the island to set up a camp at the Fiji Roads Authority Depot in Lomalo­ma for the works to begin.

Ms Cama said by April last year, the PBS workforce on Vanuabalavu had increased to 140 including a team of locally-hired workers.

“The total value of the project is $10 million. This is for the recon­struction buildings damaged and completely destroyed by Tropical Cyclone Winston in 2016. There are 35 structures in Vanuabalavu, in­cluding schools and Government service buildings,” she said.

She said a total of six schools on Vanuabalavu were rebuilt and repaired as a result of the NZ AID program me.

She said just completed was a building with five classrooms at Mavana District School, three teachers quarters, and a kinder­garten with washroom facilities.

PBS Project Manager Salvin Lal said they began some ground work in Mavana in April last year and the journey to complete these buildings were challenging.

“However, we are grateful to the people of Mavana for their act of kindness and hospitality towards us,” Mr Lal said

Ms Cama said Pacific Building So­lution has spent close to $250,000 in the local economy for purchasing of local root crops, fish, vegetables and the use of local land and sea transportation.

“Up to 51 locals have been em­ployed throughout the timeframe of the project which is now in its last phase,” Ms Cama added. 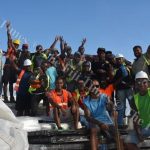 Winston A Blessing In DisguiseArchive, News 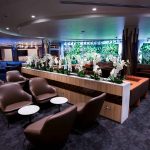