THE Construction Industry Council conference proper starts today and one of the issues that Pacific Building Solutions will put forward is on lack of committed and quality workers in the sector. PBS’s commercial manager and chief estimator Avinesh Arjun is representing the company at the conference which is held at the Warwick Fiji. A statement from PBS said born and raised in Suva, Mr Arjun started his career by volunteering to learn the ropes at the young age of 16, after school and on school holidays. It said by the time he finished secondary school, he was experienced and began to work full time for Raghwan Construction, following in his father’s footsteps.

Mr Arjun received his qualifications from the Fiji Institute of Technology and moved on to JS Hill Construction before joining PBS nine years ago. According to PBS, Mr Arjun’s story is a familiar one amongst most construction industry leaders — eager to learn, start from an early age, work hard through experience and rise through the ranks to a key position in one of the South Pacific’s biggest construction companies. The company believes that such qualities are becoming difficult to find in Fiji as the lure of better pay and lifestyles take the cream of the crop overseas. 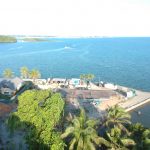 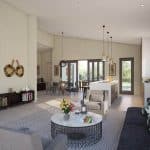 Construction of Tamavua Estates to begin in the 4th quarterNews