The Construction Industry Council (CIC) has held its first meeting for the year in Suva on Wednesday night with a strong turnout that was a “positive indication of the growing interest in the Council activities,” according to president Gordon Jenkins. The meeting heard of major challenges confronting the industry including training and licensing.

It also heard calls for a review of industry standards that needed urgent attention according to members. There was strong representation from members. They included Insurance Industry Council, quantity surveyors, project managers, Fiji Institute of Engineers, tertiary institutions, valuers, Fiji Association of Architects, developers, Consumer Council of Fiji, hardware suppliers, building manufacturers, Fiji Master Builders Association, the Ministry of Infrastructure and Transport as well as the Secretariat of the Pacific Community (SPC) and the Asian Development Bank. The CIC’s new logo was presented and warmly received by members and a new secretariat was also proposed with plans now underway to explore costs.

Of importance to the meeting was CIC’s plans to host an industry conference later in April, that will provide a forum to discuss the concerns affecting efficiency and growth Mr Jenkins said.

“We will be inviting a cross section of the community both in and outside the industry as we will need a significant input at the conference to move forward,” he added.

Other issues raised by members included the quality of building materials and consistency of supply, enforcement of relevant regulations and affordable housing. As part of the planned conference, the CIC also hopes to stage a trade show to run parallel to the conference, allowing suppliers and partners to showcase some of the latest products and services now trending in the construction sector.

“As the major link in the country’s development, the CIC looks forward to working closely with Government in resolving some of our challenges, as we continue to grow the economy together,” said Mr Jenkins.

The CIC will hold its next meeting on February 28 at the Paradiso Restaurant, Albert Park in Suva. 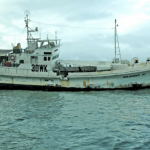 Fishing Vessel Runs Aground In LauNews 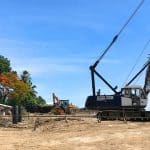