In a man’s world

ARIETA Bilibili had a keen interest which motivated her to move into the mainstream construction and today she is a skilled joiner with Pacific Building Solutions.

Ms Bilibili, 30, is from Gau Island in the Lomaiviti Group and is the only female worker out in the field for the company.

With no professional training in the field of joinery, Ms Bilibili said she mastered the skill from her hard work and training through experience.

Ms Bilibili began her career with PBS as a cleaner in 2013, working under the Wyndham project at Denarau Island.

She said she used to watch the workers on site at PBS’s Wyndham project and since then she had worked on several major national projects such as the Nadi International Airport upgrade and others including private home constructions.

PBS managing director Michael Fairfax said women generally had a great eye for detail which was a necessary skill set required as a PBS joiner.

“PBS is proud to have a hardworking female like Arieta among its talented pool of construction workers,” said Mr Fairfax.

Meanwhile when asked about some of the challenges she faced in this male-dominated profession, Ms Bilibili smiled and said: “Access to the washroom is always a challenge. Working in a men’s world, I needed to adapt to the fast paced work environment.

“I have done that now. It seems like I have to become a man when I get to work.”

Her advice to women who have an interest in any such male-dominated field, Ms Bilibili said: “When your heart says you can do it, that’s it. If guys can do it then so can we, there is no other way but to try.”

She is based at the Lami workshop as a key member of the PBS joinery team. 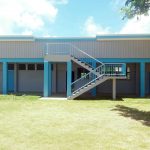 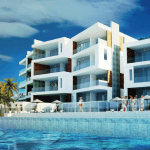 Uduya Point Apartments To Be Completed In 2019News