The Palms Denarau, Fiji Executive Apartments is expected to have a soft opening in a few months time by August. The modern luxury apartment complex is an investment by local business leader, Hari Punja and is being looked after by his sons, Ajay and Rohit Punja. Palms Denarau Fiji Executive Apartments general manager, Ogina Lata, confirmed out of the two blocks, one was nearly completed. “The other block will be ready by the end of this month,” she said. “After this the furniture fittings will take place. We are doing our best to get the mock up room done before the Fijian Tourism Expo,” she said. Ms Lata said so far, $18.5 million has been invested in the project. Upon completion, they are looking at having invested $28 million in total and employing more than 20 people.

Features and target
These will be daily serviced one, two and three bedroom apartments. Ms Lata said they will have a cafe, gym, tour desk, WiFi and carpark space available. Room features include fully-equipped kitchenette, washing machine, dryer, SKY TV channels and bath tub with separate shower. Ms Lata said they are targeting families as occupants given the apartments are all self-contained. “We can also have individual travellers as we also have guest rooms. Groups would be another market whom we will be able to cater for,” she said.

Interest and sales
Ms Lata said they have gained a lot of interest already even before the opening. But, she stressed, they have not given the go ahead for wholesales or third party websites to start selling as they are not sure exactly by when these will be ready.

FTE exposure
“We will do this next month as we are meeting all the product managers during the Fijian Tourism Expo,” she said. “We are getting lot of booking requests but we have not confirmed any bookings yet. From June end then we will start confirming bookings.” 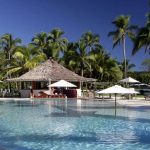 Pearl South Pacific Resort Extension To Be Completed By End Of 2015Archive, News 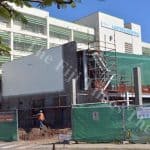