FMF Foods Limited has begun construction works on its new biscuit factory in Veisari, on the Queen’s Road Highway.
Those travelling to and from Suva would easily be able to see the project site where already the wall on one side is up with a board up giving the project details.
The company is expected to invest close to $40 million into the project. This had been anounced a year ago by the board of director of FMF Foods.
FMF Foods managing director, Ram Bajekal, said with this new facility, FMF aims to make biscuits primarily for the exports market.
Mr Bajekal said they saw a market opportunity that they perceived specifically in Papua New Guinea and this became their primary driving force for the investment.
With the capacity to make 800 tonnes of biscuits per month, FMF Foods will manufacture flavoured biscuits at this new factory.
In addition to exporting to PNG, they will also export to other Pacific Island Countries, Australia and New Zealand serving the Diaspora of the Pacific Island communities.
The $40 million cost of investment has been funded through a combination of partial equity and partial loan.
“The necessary financial arrangements for this facility have been approved and orders for machineries and equipment has been placed,” Mr Bajekal said.
Operation of the new factory would be by Bakery Company (Fiji) Limited, which is a 100 per cent subsidiary of FMF Foods Ltd.
This project would create around 200 direct and indirect job opportunities once operational.
Production in the new plant is expected to commence towards the end of this year.

Export markets
Meanwhile, looking at biscuit exports, Mr Bajekal said the market in Australia had declined very sharply because of Australia moving much stronger towards Asia.
Also a factor contributing towards this decline was that the main market leaders, Arnotts, had sharply dropped their prices over the past years.
“Biscuit prices in Australia have reached to a new equilibrium,” he said.
“At that price, house brands do not find the same favour as proprietary brands as they used to previously when there was big gap between house brands and proprietary brand prices.
“Proprietary brands have dropped their prices down recognising the competition from house brands.”
Whilst Australian exports have dropped, Mr Bajekal said exports to other countries in the Pacific was growing. 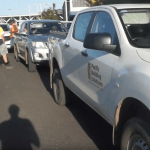 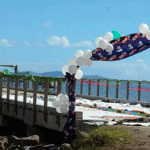