A SUBSTANTIAL amount of economic activity is from the construction industry which has proven to be one of the resilient sectors because of the demand for residential and commercial buildings. According to the Fijian Productivity Report 2018, the construction sector has contributed about 3.4 percent towards GDP in 2017. The data was collected from a survey conducted from 2008 to 2014 which included all the enterprises which were operating in the construction industry defined by the Fiji Standard Industrial Classification (FSIC) 2010 section F. It was reported that an estimated $105 million worth of construction activity was carried out during the September quarter of 2014.

However, the total estimated worth of labour stood at $10.4m which was 12.9 percent for the non-residential buildings. The report also revealed that the estimated cost of work put in place for 2014 stood at $415.2m, this was an increase of $54.9m or 15.2 per cent when compared with the previous year. This increase was related to the ongoing and new projects as well as civil engineering works carried out for repair and upgrading of roads around the country. As for the new buildings and capital repairs, the value of work stood at $36m, which was a decrease of $0.8m or 2.4 per cent compared with the June quarter of 2014 and a $1m or 2.7 per cent decrease over the September quarter of 2013, according to the report.

It stated that the cost put in place for non-residential buildings and residential buildings had stood at $28.6m and $7.4m, respectively, which was mainly for construction work on commercial buildings, shops and religious and educational institutions. The productivity performance, however, for the construction industry was reported to have a significant growth of 10.32 per cent which was valued at $14,783 in 2014. Compared with 2009, this was -4 per cent which was the period when the industry had just started to expand. The report highlighted that the sector had set up a yearly budget in order to improve the industry’s annual performance. The statistics on construction were noted to be needed for the preparation of national accounts in order to carry out the study of the whole economy. 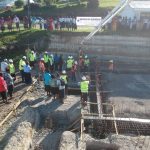 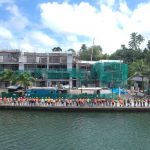