IT is a 100 per cent Fijian owned construction company based in Suva that established constructing luxury homes in the early 90s and today the business has grown with projects both in Fiji and the rest of the Pacific Islands. Pacific Building Solutions Group of Construction Companies combined is the largest builder in Fiji today, boasting a 3000m2 covered workshop and office space in Suva and employs more than 800 personnel. The company has a lot of projects under its belt and one of them is the Suva foreshore development, which is an investment by Carpenters Properties Ltd.

PBS Group managing director Michael Fairfax said work on the project was on target and would soon ramp up to include the 178 room hotel. Mr Fairfax said the team from Concrete Solutions, part of the PBS Group was leading the charge on the project and they were confident the project would be completed on time. The company had been involved in projects which include Nadi retail development project, Holiday Inn upgrade Suva for Fiji National Provident Fund, 13 x villas for the Nanuku Auberge Beach Villas project, Hilton Garden Inn Hotel x 178 rooms on Suva Foreshore for Carpenters Group, The TC Winston Repair & Reconstruction Project for Vanuabalavu funded by the New Zealand Government and their joint venture project with Hari Punja & Sons Ltd for the 26 apartment block called Uduya Point Apartments.

Mr Fairfax confirmed that they had also projects in Tonga, Papua New Guinea and Australia. The company has come a long way since it started in the 90s and Mr Fairfax said the directors of PBS had been able to grow the company to a comfortable level and sustained revenue in the $45 million-$60m bracket for the past four years and directly employ about 500 staff members. “This excludes Concrete Solutions Fiji Ltd (PBS subsidiary) which is averaging around $20m with about 350 employees,” he said.

The company’s facility in Suva houses its:

A lot was said at the recent Construction Industry Council conference on shortage of skilled labour in the construction sector and discussions on how to improve the situation. Mr Fairfax said they believed quite strongly in training and upskilling of staff. “Staff is everything. PBS is at the forefront of construction and we need to continue to train. “This month, PBS continues with an intensive refresher training on Occupational Health and Safety throughout its hierarchy of senior management and team leaders for all its projects across the country,” said Mr Fairfax.

“However, upskilling our workers can also be a challenge as PBS employees become targets for one off projects and head hunters looking for competent staff for short term positions.” Mr Fairfax said they agreed with the construction sector on the shortage of skilled labour and said: “Yes we agree, we try and build a family spirit and culture at PBS. “We want our staff to understand once they work for PBS they are secure and have opportunity for growth inside the company.”

Mr Fairfax said in order to curb the shortage of skilled construction workers, they had to bring in Filipino and Indonesian artisans and tilers, Chinese painters and other short-term tradesman to train and bolster the shortfall of local skills. Meanwhile he said over the years there had been gradual changes in the construction sector and some of them included the inclusion of much required Health and Safety requirements and improved wages and salaries for staff members. 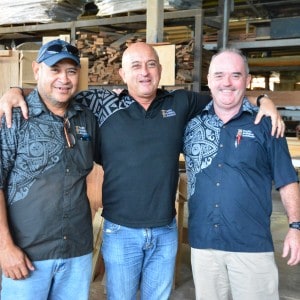 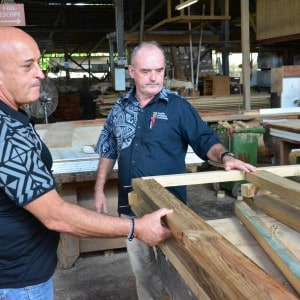 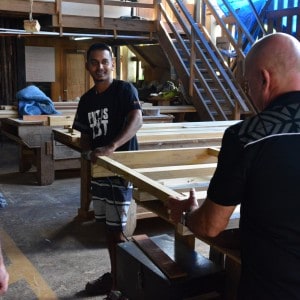 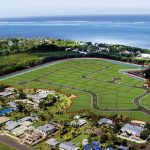 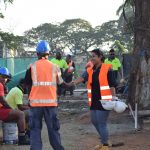 PBS: Our People Are EverythingNews