Company urges staff to get vaccinated

ONE of the largest construction companies in the country has strongly urged its staff members to get vaccinated for several reasons.

Pacific Building Solutions (PBS) group business development manager Ana Coogan, in response to questions sent, said several of their major clients had told them in no uncertain terms that they cannot return to their construction sites until all their workers had been vaccinated.

“Some of our own employees have said that they will not ride in company organised transport with workers who haven’t been vaccinated because they fear either getting COVID-19 from that person or passing it along to them or their families if they are a carrier,” she said.

According to Ms Coogan the company was in complete shut down for about two months which meant no work, no revenue for the company and no income to employees except a few security guards.

However she added that overhead bills including rent, mortgages, bank fees, to name a few, continued to mount which led to the company and its staff members losing money and taking the company backwards.

She said it was very tough times for the group because all projects – major and minor were put on hold with nearly all their 600 employees across the group unable to work or earn income, adding that the impact this time was worse than 2020 lockdowns.

One condition for businesses that received their operating permits is to operate on 50 per cent staff capacity at any given time which has proved a challenge for most businesses.

However Ms Coogan said that would mostly affect their staff members at their headquarters where they would alternate between working from office and home to maintain lower numbers of people in the office at any given time.

Company urges staff to get vaccinated2021-06-292021-07-28http://pacificbuildingsolutions.com/wp-content/uploads/PBS-Logo.pngPacific Building Solutions (PBS)https://pacificbuildingsolutions.com/wp-content/uploads/Salote-Bete-HR-Manager-Centre-with-workers-on-the-FNPF-site-for-Nadi-Retail-Development.-A-current-project-of-Pacific-Building-Solutions.1-e1532649771498.jpg200px200px
Get In Contact 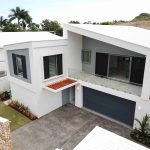 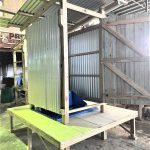