ONE of the greatest challenges facing construction companies such as Pacific Building Solutions (PBS) continues to be finding skilled workers in the areas of finishing trades such as painting, tiling, timber joinery and finishing carpentry. PBS spokesperson Atelaite Cama said therefore the company had to hire foreign workers to supplement their local skills which was not ideal but they were left with little choice.

The company is working on the $21 million Uduya Point Apartments which is expected to be ready for occupation in February, 2020. Ms Cama said they had about 80 workers employed on the site, including PBS, Concrete Solutions and several subcontractors. Although the project is scheduled to be completed by next year, Ms Cama confirmed that 21 absolute waterfront apartments have been sold out of the 26, with the developers recently releasing the last five units to the market for sale.

“All units have direct access to the ocean and incredible views of the Suva City and/or Suva Harbour. Apart from our Tamavua Estates luxury residences in the TLTB subdivision, this will be the newest apartment building project in the market,” she said. Apart from the Uduya Point project, collectively, the PBS Group has a total of more than 20 active projects totaling in excess of $70m in value.

Ms Cama said the various projects by the group generate jobs for about 800 PBS Group employees plus another 500+ employees working for their subcontractors. 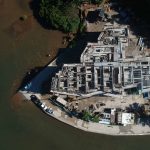 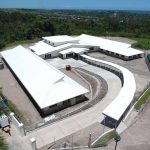